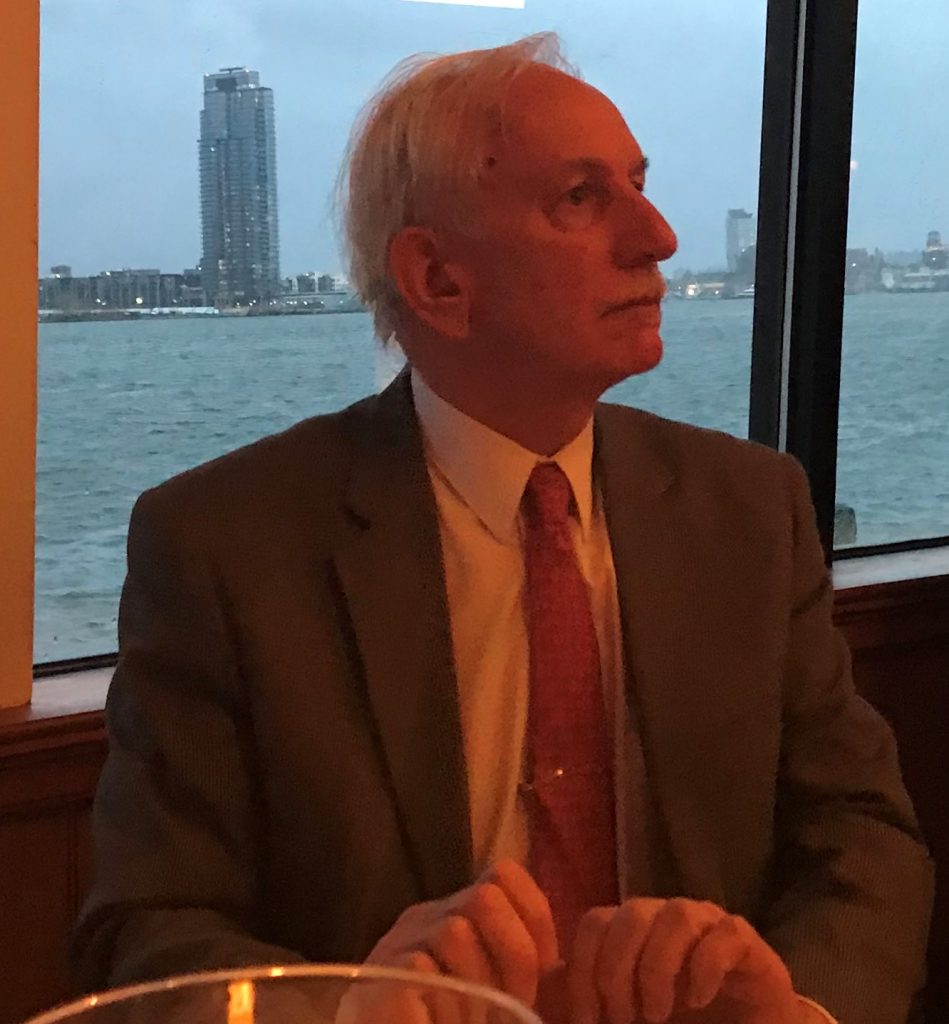 For Edmund Cionek, the intense musical environment of New York City and its studio musicians, concert virtuosos, and unique chamber and vocal groups has inspired a style characterized by modern lyricism, a deft sense of humor, and pop culture references. Attack of the 50 ft. Walt Whitman was developed at Mabou Mines and later went on to The Flea Theatre. TRI-SCI-FI: a Chillogy, with libretto by Dennis Deal, was a top ten pick on the 2005 FringeNYC Festival and a finalist in the Richard Rodgers Theatre Awards. The Village Voice called it “authentically bizarre”. Recent concert pieces include the chamber trio Bad Robots, Once Upon a Homicide, a noir cantata for SSA and string orchestra, Space Squid for trombone trio and piano, Sky Blue Adagio for Strings, House of Noir for chamber orchestra Poets to Come, a song cycle of Whitman poems for baritone and orchestra, and Stolen Moments in Green and Blue for violin and piano. For 25 years, he was the Composer-in-Residence for the Bar Harbor (ME) Music Festival. For the 100th Anniversary of Acadia National Park, they commissioned his Songs of the Sky which featured Passamaquoddy tribe member George Neptune. His latest work, Elizabeth Frankenstein, with a libretto by Maryanne Bertollo, “allows the novel’s foremost female character to step away from Victor’s shadow into her own light”. Published by Edward B. Marks-Keiser/Southern, Hal Leonard, and EDITIONS Amsterdam, Cionek is recorded on Ravello, Navona, OutBach, Sharp-Flat, Musicians Showcase and Little Dog Records. He received a DMA in Music Composition from the University of Michigan where he studied with William Bolcom and later in Paris with Schoenberg disciple Max Deutsch. Teacher of the Year at Purchase College, he now teaches at NYU. With his wife, Patti Wyss, he arranges and orchestrates music on demand.